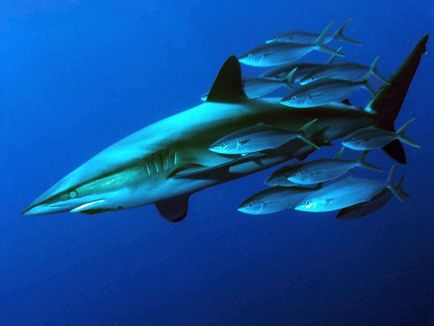 Size: range between 3-18 feet
Description: Requiem sharks have round eyes and five gill slits. They are gray or brown; however, most often they have a lighter underbelly. Most are more active during the night.

Status: Near Threatened
Threatened by: human consumption, and fining 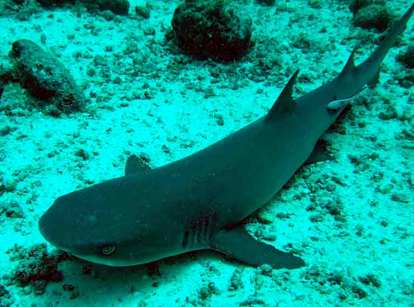