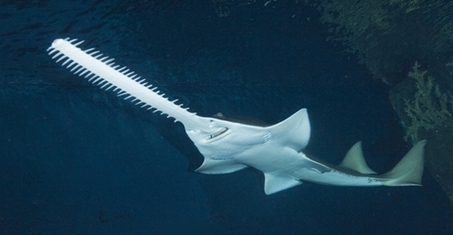 Size: range between 1.5-4.6 feet long
Description: Sawsharks are slender sharks recognized for their long, flat snout. The saw-like structure is used for hunting and competing with other sharks. These sharkes live in groups or alone, and they are harmless unless provoked.